But who said it first?

Many folks today would attribute it to Capt. John J. Pershing, but the truth is, He was quite diplomatic with his relations with the Moro leaders. The saying however, started in an earlier campaign by the US Army against the North  American Indians  in the United States.

In January, 1869, General Sheridan held a conference with 50 Indian chiefs at Fort Cobb in the so-called Indian Territory (later part of Oklahoma). At that time, Sheridan, who had gained recognition as a Union officer in the Civil War, was in charge of the Dept. of the Missouri. One of his duties was to oversee the Indian Territory, making sure that the Indians remained on their reservations and did not harass the white settlers. When Comanche chief Toch-a-way was introduced to Sheridan at the conference, the Indian said, “Me Toch-a-way, me good Indian.” Sheridan reportedly smirked and replied, “The only good Indians I ever saw were dead.” Later on, the remark became “The only good Indian is a dead Indian.” – (trivia library.com)

American soldiers who fought in the Moro pacification campaigns in Mindanao, some of whom were veterans of the Indian wars soon likened the fierceness and savagery of the Moros to the North American Indians they once fought, and change the adage to “the only good Moro is a dead Moro.”

“The American civilizing efforts applied both might and persuasion in altering sequences. Many American soldiers, however, operated under the assumption that “a good Moro is a dead Moro.” 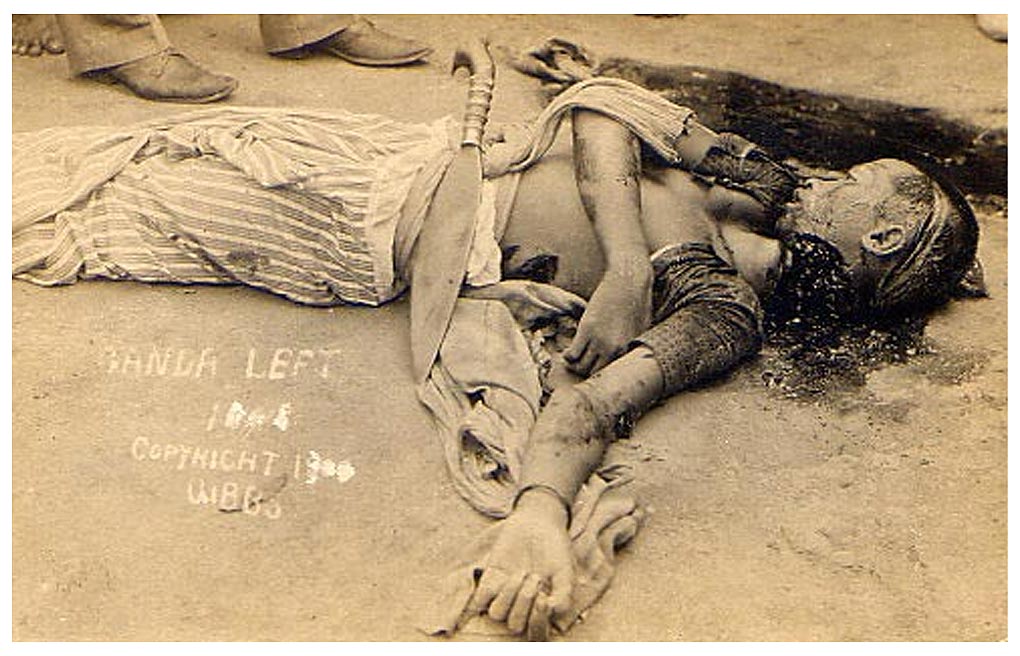 A moro warrior killed by the constabulary force, his own “barong” or short sword used to decapitate him.  (www.arscives.com/historysteel/3ppp_tribalpictures.htm)